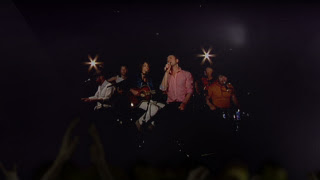 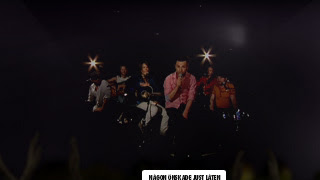 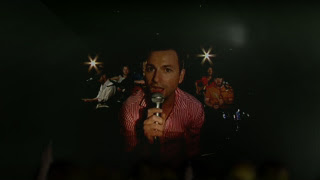 Last night I was "in the audience" for the latest of Aftonbladet's digital concerts, this time featuring one of my all-time favourite Swedish bands - The Ark.

To be honest, I wasn't really expecting much after my disappointment with the first gig (Mando Diao) however at least this time it wasn't just two blokes with a guitar, but the full band.

The set did last a little bit longer, although that was probably due to the fact that Ola talked a lot between each song. Which was ok, but "a little less conversation - a couple more songs please" would have been better. Anyway they played "Take A Shine To Me", "Superstar", "One of Us Is Gonna Die Young", "It Takes A Fool To Remain Sane" and "Calleth You, Cometh I" so I've no complaints about the song choices, and they did a pretty good job within the limitations of an acoustic setting.

The whole thing is still very weird though: it still looks as if the act on stage is down a dark tunnel a very confined space. I still have the same criticism as with Tuesday's show - it's far too dark! Please please please fix this, Aftonbladet!! Also last night the constant applause got a bit annoying after a while, drowning out what Ola was saying.

I know that I could have booked tickets with a better view but didn't, because I don't think my internet connection would support the HD thing, and I'd rather get to see and hear the show with a poorer view rather than have my connection break down and not see it at all.
This morning I found an interesting Swedish newspaper feature about the whole digital concert concept: some very good points made by Anders K Gustafsson at http://www.dt.se/noje/kronikor_ny/anders/article721103.ece
Of course tomorrow night is the big one for me - Salem Al Fakir! I'll post my review on here and at Planet Salem tomorrow night.
Posted by Laura (EuropeCrazy) at 10:27

It is very helpful guidelines for me, I expect you will share this type of tips in future carry on