Firstly, a little bit of info to put this latest holiday diary into context.  In 2013, faithful travelling companion and myself went on our first cruise, around the Eastern Mediterranean on the Royal Caribbean ship, Navigator of the Seas.  Regular readers will remember that we set off for the airport literally a couple of hours after the credits rolled on the Eurovision grand final.

There had always been one piece of unfinished business though.  After our holiday in Trogir, Croatia, this increased my hunger to take an Adriatic cruise.  Over recent years the most appealing itinerary for me was the Adriatic Explorer run by Thomson cruises, but due to very difficult personal circumstances over the past couple of years, combined with the very high cost of the cruise, meant that this was put on hold.

By 2017, the Adriatic Explorer was back on the agenda. The price dropped and the cruise finally became a reality.  Unfortunately this meant that I would miss watching the Eurovision 2017 final live on TV for the first time since 1997.

There is a very distinctive contrast between the huge Navigator of the Seas, with its glamorous atrium, glass lifts and multi-national customer demographic, and the Thomson Dream, which is an older and smaller ship, populated almost exclusively by British tourists.  Where the ship itself was the main focus, last time round, this time it was all about the ports.  But first, we needed to get to Corfu.

We headed for the airport in the early hours of Friday morning.  As it was a package holiday, we flew with Thomson Airways (a first time experience) and the planes, seat room and seatbelts were bigger than those usual low-fares-airlines we're used to.  There were also some spectacular sights on the way to Corfu, including flying over the snow-capped Alps (below). 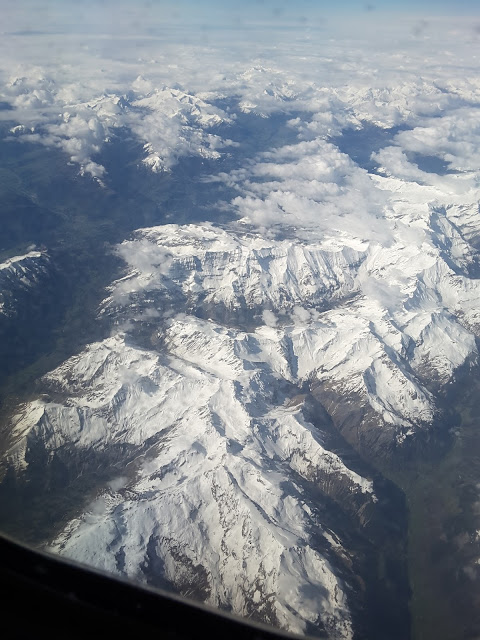 The other thing worth mentioning was that my health had not been good leading up to the holiday. An ill-timed and very nasty viral infection probably had a greater impact on my overall enjoyment of this holiday than I had hoped.

But in the meantime, it was onwards to Corfu, to board the Thomson Dream. Corfu Airport's reputation scared me (more about that in my final holiday post) but suffice to say that the chaotic nature of the arrivals/baggage reclaim process gave a tiny hint to what was in store in a week's time!

Once baggage was eventually reclaimed, the process was relatively smooth and well-organised. Firstly we were transported by coach on a short journey through Corfu Town to the port terminal, which involved some routine checking-in procedures, before waiting for the shuttle bus to take us to the Thomson Dream. 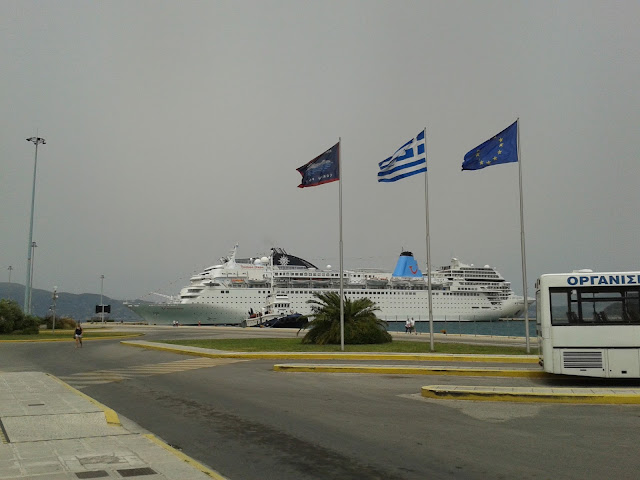 Ours was not the only ship in port today.  We were dwarfed by the massive MSC Musica (below), which we would encounter again on our journey.   This ship was so big that I couldn't get it all in on one camera shot :) 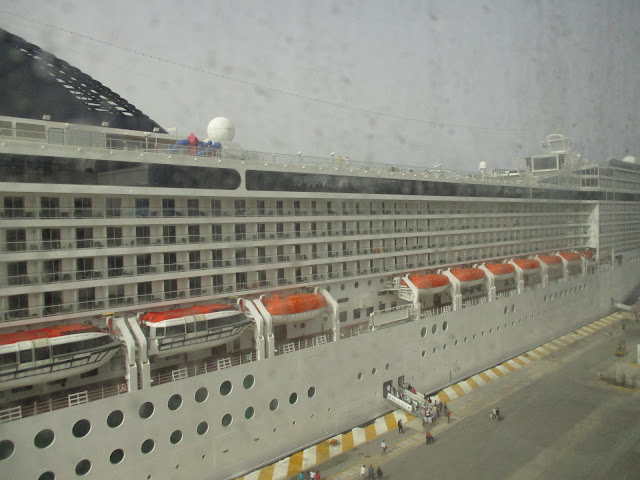 The Thomson Dream may be smaller than the modern day cruise ship, but I was impressed that our luggage arrived at the cabin before we did.  The inside cabin was adequate for our needs. We headed out to explore the ship and grab something to eat before the mandatory muster drill which involved everyone having to don our lifejackets and head out on deck.  As with our previous cruise, muster drill was quite a chaotic process.

After muster it was time to get ready for dinner.  The main dining room on the Thomson Dream is called the Orion Restaurant (I took this photo of it later in the week) 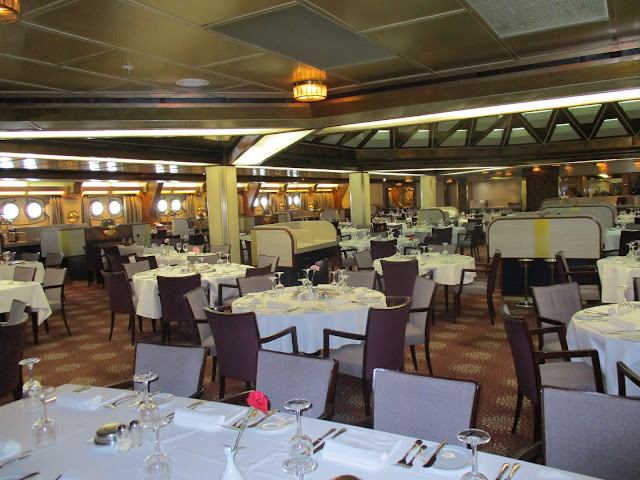 It's packed at night, but the open-seating arrangement ensures that you don't have to pre-book, nor are you forced into sharing a table with strangers (although this is an option which many more sociable cruisers do go for in a big way).  We didn't have to wait too long for a table for two.  The vast majority of cruisers on this ship are on an "all inclusive" package which is either free or discounted depending how early you book.  For those of us booking later, the price of the drinks package was hiked to ridiculous levels so we gave it a miss, but on boarding there was a very decent offer on a wine package so we went for that.

Our first night's meal was very nice indeed.  However we would not be returning tomorrow because it's formal night and we are not down with that.  The buffet it is then!

There was a reasonable selection of bars on the ship although most of them were very busy and particularly the Medusa Lounge (bar with live band) was a difficult place to find a seat in.

We headed for the bar at the back of the Lido restaurant at the back of the ship, where it was much quieter, in preparation for sail-out at 11.00pm.  And as with our previous cruise, I just had to try out cocktail of the day....! 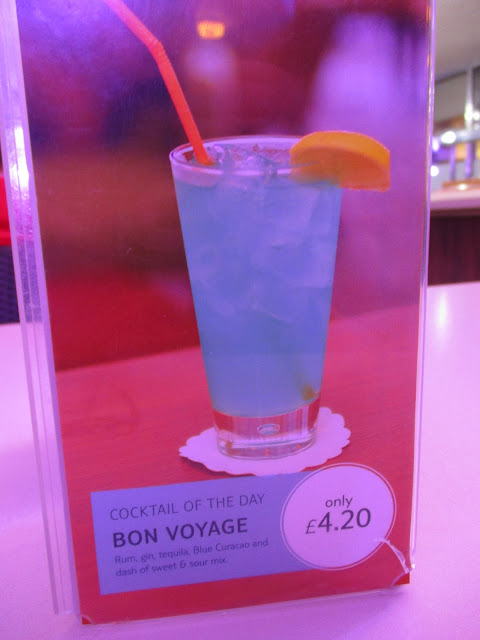 Just after 11.00pm our ship finally departed Corfu harbour and we began our journey. Tomorrow is a sea day as we travel on towards our first port destination, Venice.
Posted by Laura (EuropeCrazy) at 18:13