Today was Eurovision grand final day, but I came to terms with the fact that we are off the grid and wouldn't find out the result until later.  The selection of TV channels on the ship included the BBC World News channel so there was a slight hope that I'd find out the result tomorrow morning, fingers crossed :)

In the meantime, today was a sea day; the sole opportunity in an otherwise jam-packed cruise agenda to catch our breath, discover the ship in more detail, and soak up that beautiful Adriatic sea air. 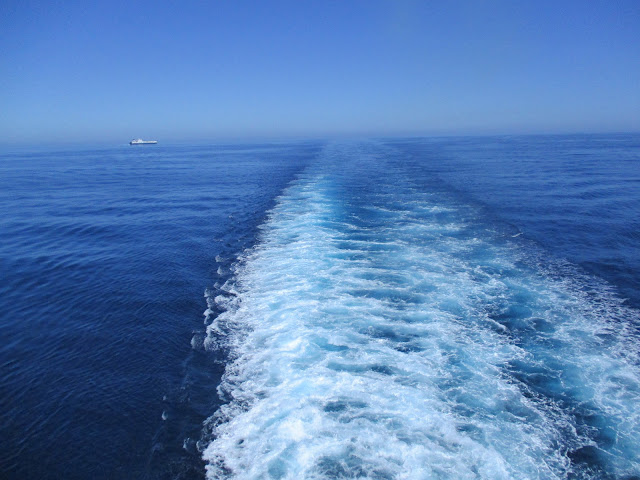 The weather was beautiful today, on the way from Corfu to Venice.  The temperatures for the remainder of this holiday were expected to be in the high twenties.

Cruising in the Eastern Med or Adriatic, you also have to take into account that you are jumping between time zones depending on where your ship is.  So prepare to put your watches back, forward, back...this can be really confusing and it didn't help that all my electronic gadgets were displaying different times!

There is a nice little coffee lounge on the Dream, the Coffee Port, and we paid a visit today.

As with every cruise ship, the lifts are popular and there weren't many of them on this one, so be prepared for a long wait.  However, the advantage of being on a smaller ship meant that it was easy to get around the Dream and there is also a promenade deck (deck 9) where you can walk round from one end of the ship to the other.  This deck was packed with sunloungers but I would have preferred if there had been more conventional seating on this deck as well; we don't all go on a cruise to sunbathe and would sometimes just like a place to sit down.  At least though there are some other seating areas behind the Lido and Sirens buffet restaurants at either side of the ship. 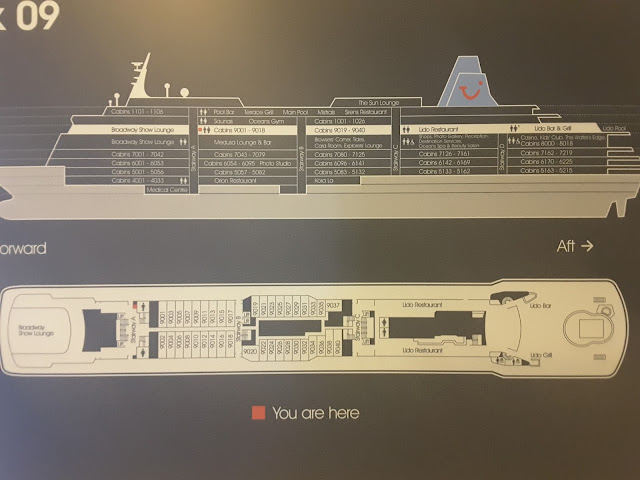 Since arriving, I had felt a bit disorientated though, as I forgot to print off a deck plan - very uncharacteristic for my pre-holiday control-freak self!  Today I discovered that there are some plans posted on the walls of the ship so I took a picture on my tablet. Disorientated no more.

Tonight was formal night on the ship, which is a cue for the majority of the cruisers to get on their best glittery gowns and suits.  I know this is a tradition on cruise ships and on this one there was certainly a majority of people taking the opportunity to dress up.  We're no fans of the formal trend though and definitely felt in a minority in our smart but not-overdressed clothes.

We went to our first show tonight in the ship's two-storey Broadway Show Lounge which covers decks 8 and 9.  The theatre shows change every night and are performed by the ship's show team who work very hard to entertain the passengers.  We'd heard them rehearsing the "Moulin Rouge" show earlier in the day, but it was time for the real thing at 10.30pm.  It was a hugely enjoyable and fast-moving show linked by songs with a French theme.

At the end of the evening it was time for cocktail of the day... 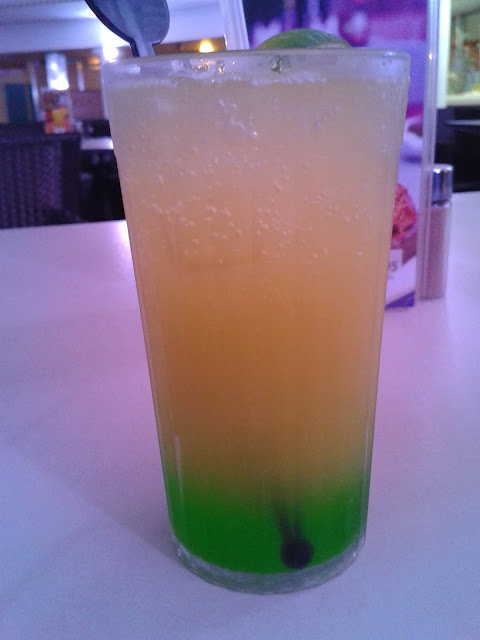 This one was called 'By The Pool' and featured a melon liqueur.