Today we were docked in Koper, Slovenia.  We had already booked a sightseeing bus trip to Piran which was leaving at 9.30am.   Like most ports, it wasn't particularly scenic as we were the only cruise ship among freight and ferries, but the port is also very close to Koper town you just cross the road and go up in a lift and you are in the town centre.  If only Venice had been like that!

After a speedy breakfast we disembarked and headed straight onto the coach for our excursion.  Our tour guide was a very talkative young woman from Izola, who was very proud of this region and country, she was like a walking ad for the Slovenia Tourist Board. 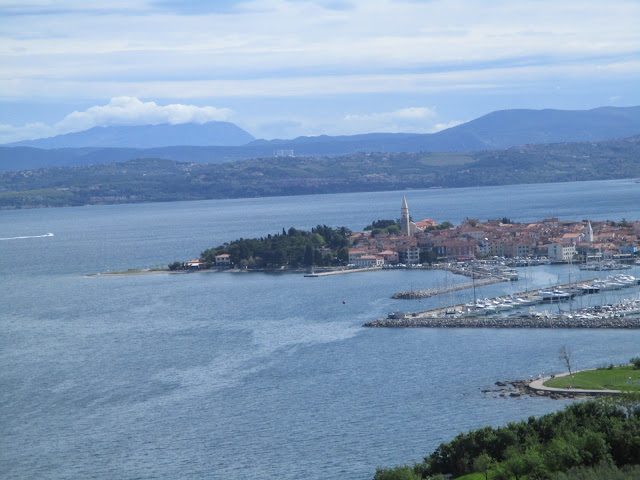 We arrived in Piran at 1015.  It's a very scenic little town and very clean - I always had this impression of Slovenia as being a very clean and unspoilt country and nothing I'd seen so far had disproved this theory. 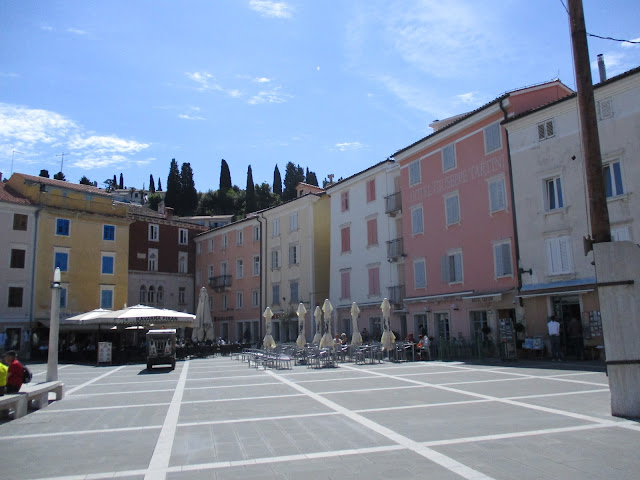 It was another very warm and beautiful day.  Of course we needed our coffee ritual so we had coffee on the colourful Tartini Square (above)  and watched the world go by on this peaceful Monday morning, people out walking their dogs and enjoying the morning sunshine.

After coffee we walked into the small town centre and found a Mercator supermarket (my knowledge of Slovenian supermarkets is entirely derived from watching EMA and all the ad breaks!) and we just had to buy Slovenia's most famous soft drink - Cockta.  Aah, how I have missed the taste of what I can only describe as "sherbet flavoured cola", which we first tried in Croatia 3 years ago. Piran is not really a tourist town and there aren't too many souvenir shops around.  But I'm always partial to an unusual sign and this caught my eye - a remnant of Slovenia's Communist past.... 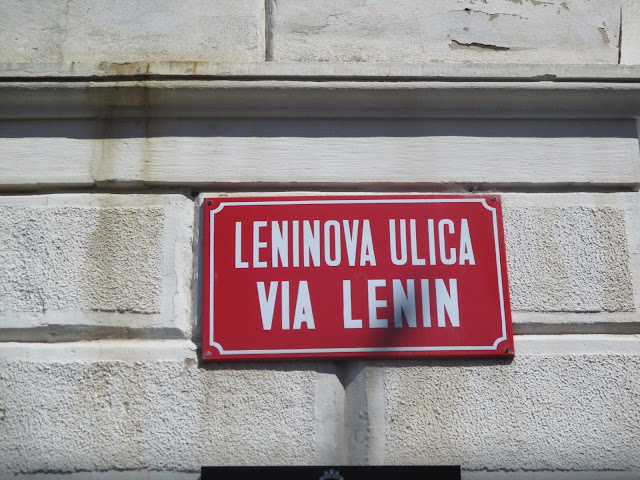 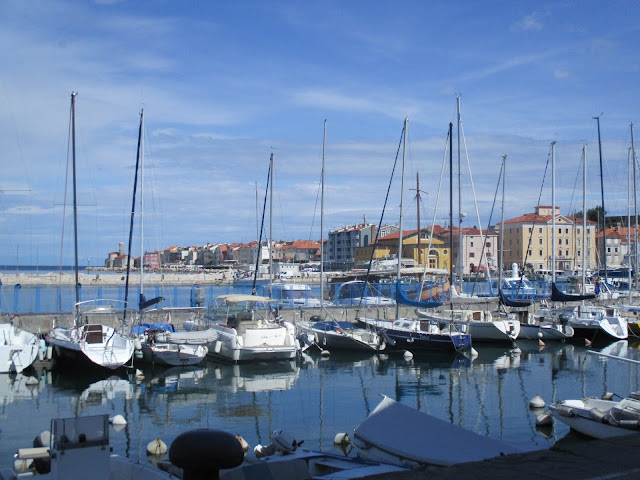 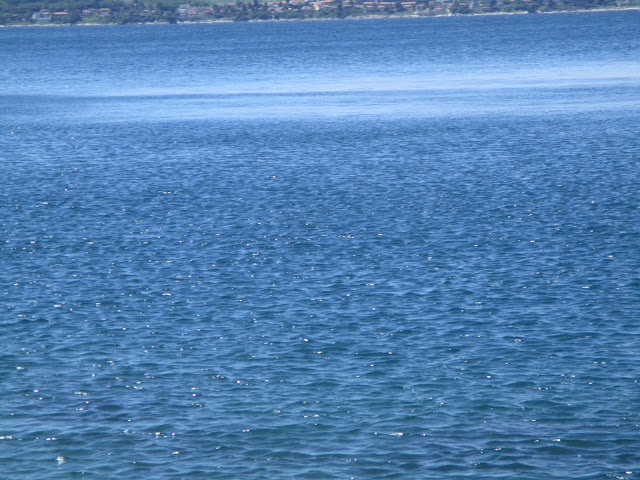 Above: the beautiful blue waters of the Slovenian section of the Adriatic. 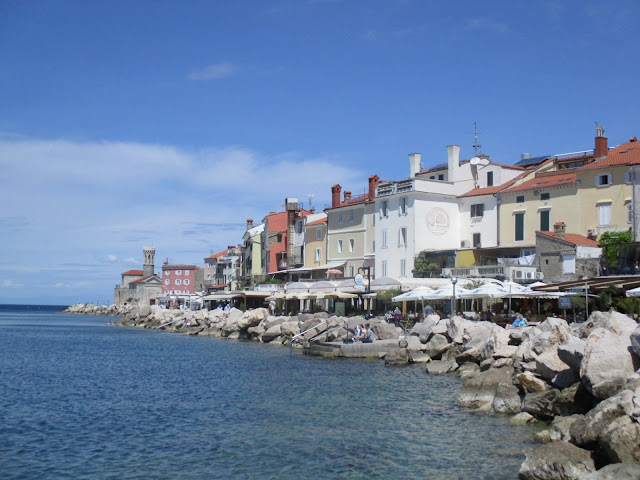 One of Piran's most appealing sights is the little seafront peninsula (above) which is lined with lots of restaurants and surrounded by that rocky coastline.  Unfortunately we were only on a flying visit so lunch would have to wait until we were back in Koper. 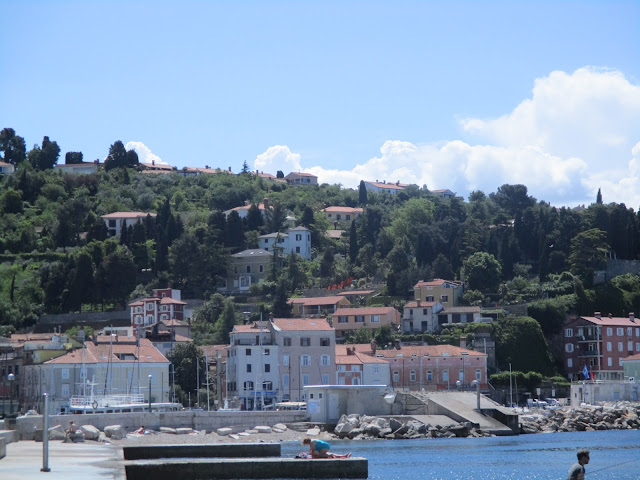 Piran just looked lovely from every angle and was a very pretty little town. But it was soon time to make our way back on the bus to Koper via the glitzy resort of Portoroz - the "port of roses" where there were roses growing in the gardens and along the middle of the street. Roses growing in May, imagine that!  And some very top class hotels here too, like this one. 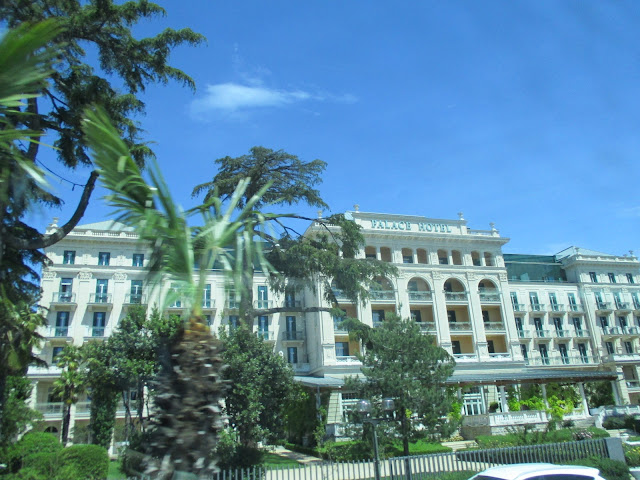 There was lots of spectacular scenery to enjoy between Piran and Koper - Slovenia does have such lovely landscapes and I'd love to visit the country again for longer some day.  Ljubljana is one of my outstanding destinations on the bucket list.

We arrived back at the port and went in search of lunch.  Faithful travelling companion was on a mission to be reunited with ćevapčiči, so it is my duty to post a picture..... 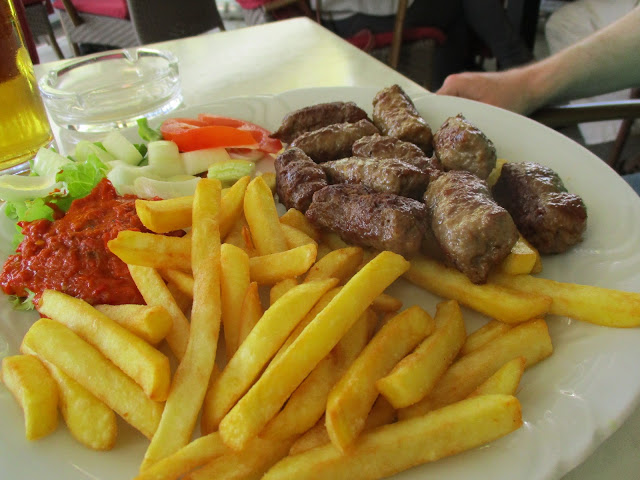 Meanwhile I had gnocchi, accompanied by a lovely large glass of Slovenian white wine :)) Monday lunchtime and life is good.  Oh, and food and drink is a lot cheaper here than in Venice!  After lunch we explored the old town. 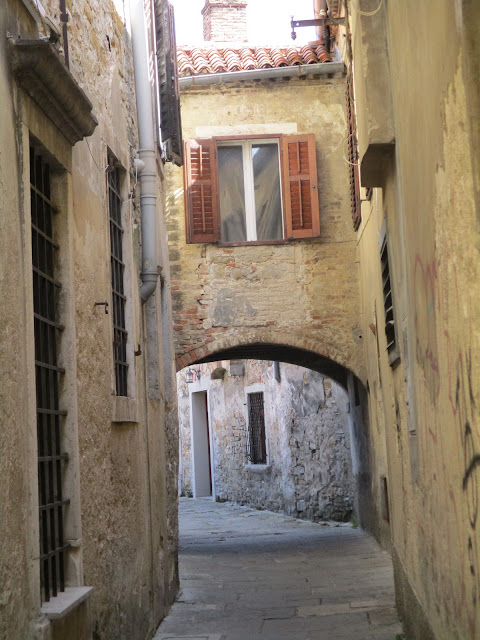 The town's main square is called Titov Trg - Tito Square.  Another reflection of Slovenia's past, when it was part of Yugoslavia. 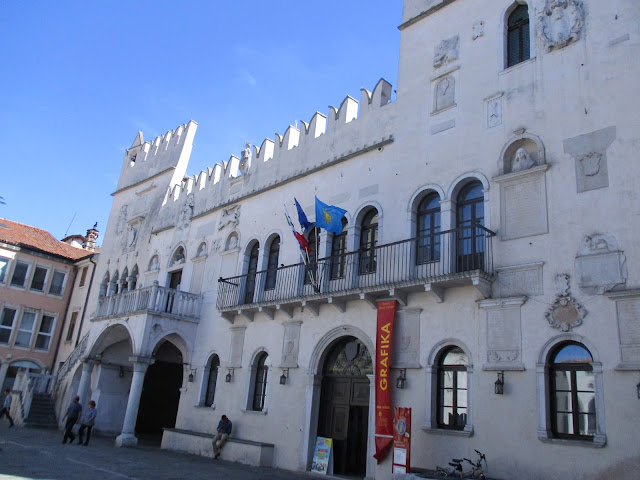 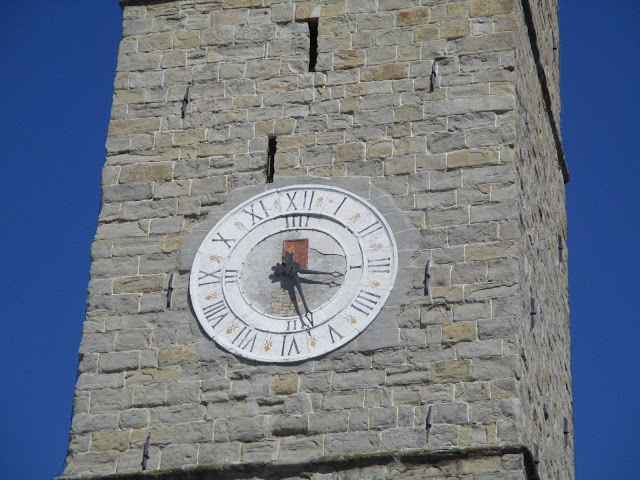 After a little rest on Titov Trg, where I was able to take advantage of the town's free wi-fi and get some more information about the Eurovision aftermath.  This was followed by some further exploring and sightseeing and it was finally time for a late-afternoon Slovenian beer stop before embarkation. 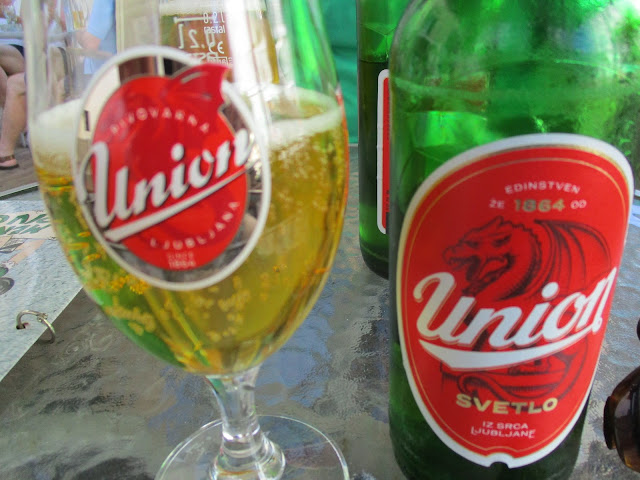 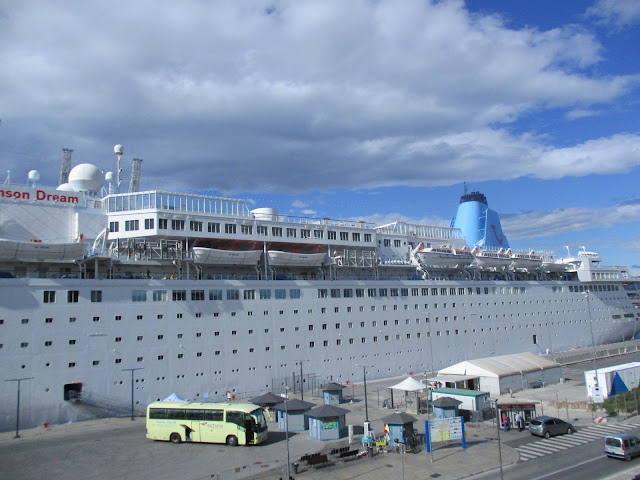 Koper is an excellent port (above) due to its very close proximity to the town which is a nice enough destination but I would definitely recommend the bus excursion to Piran, it only took 3 hours all in and there was still enough time to explore Koper in the afternoon. Orion restaurant again for dinner tonight, although if I had only one criticism it would be that the dinner portions are rather smallI guess that shouldn't be too surprising as they probably expect that people have been eating their way across the ship all day. Tonight's show in the Broadway Show Lounge was called "Styled By Rock" - 50 minutes of classic rock songs and definitely influenced by "Rock of Ages" and the mash-ups from "Pitch Perfect" and "Glee". The 5 guys and 5 girls from the show team really deserve a special mention as yet again they put so much work and energy into this show.  The shows are a definite highlight of an evening on board, although we also caught part of a quiz in the Medusa Lounge tonight as well.