Venezia.  A new destination for both of us, and if I'm honest it was the one which probably freaked me out in advance of the cruise.  I was so focused on the Slovenia/Croatia/Montenegro aspects that I had almost forgotten about Venice.  Until about 2 weeks before the cruise and then the enormity of it hit me.  Venice.  One of the world's most famous cities, with its iconic scenery and canals.  We were going to Venice!!!!!

So it was only natural that I was very keen to be up early and out on deck for the sail-in. 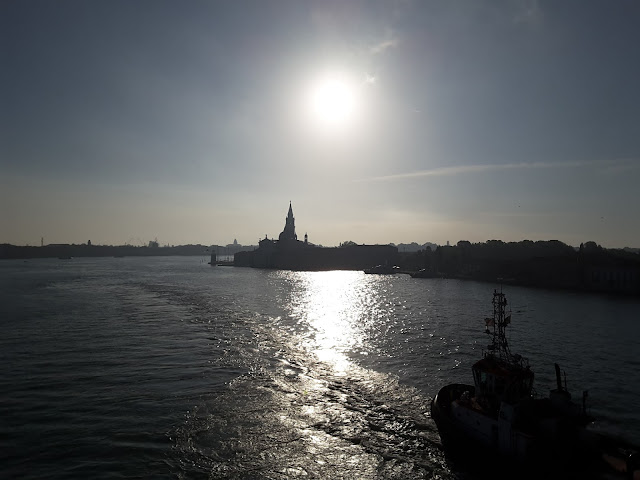 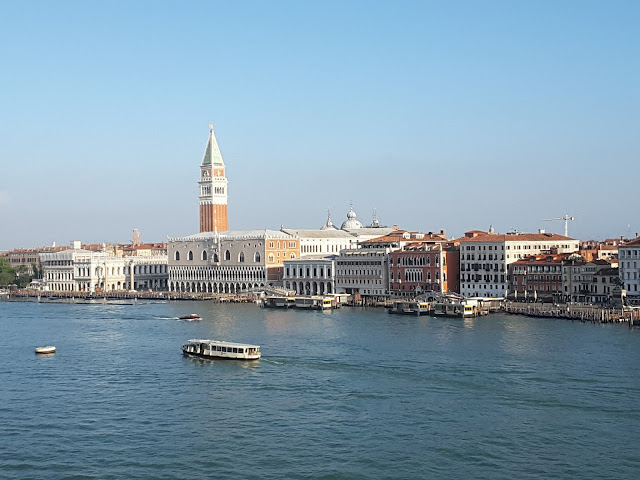 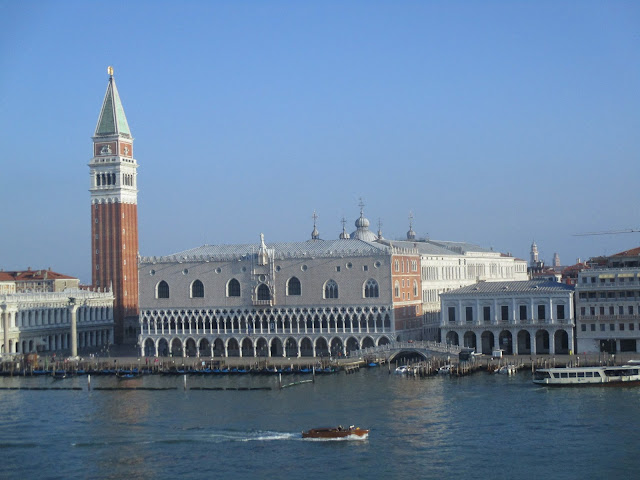 Quite a few other people had the same idea and got out on deck 9 for the sail-in which was certainly a very memorable experience.  After seeing the main sights, I returned to the cabin with loads of photos and video clips and decided to put the TV on.  A good move as it turned out - yes, BBC World News did feature the Eurovision result.  I must say that I was quite emotional at hearing the result that Portugal had won, beating Bulgaria, although the news that Italy only came 6th left me puzzled. I was pretty happy with the UK's result too, 15th is not too bad compared to recent years and it definitely gives us something to build on for the future.  I would watch the contest in full on my return from holiday and you can check out my reviews elsewhere on this blog.

There were some more ships docked in Venice today - a Costa ship, the MSC Musica (hello again) and these two ships - an Aida ship and the Norwegian Star. 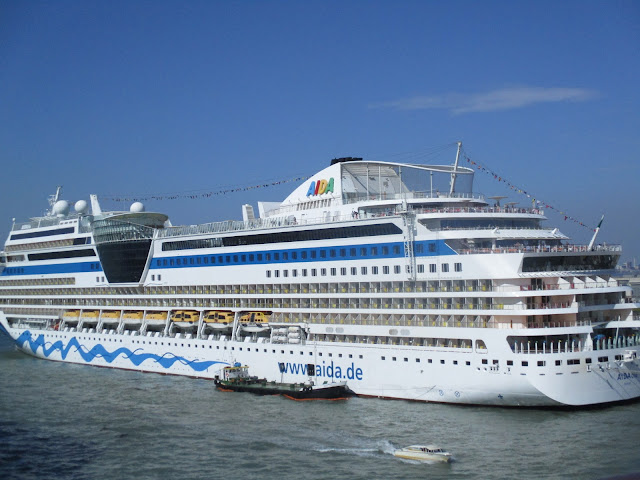 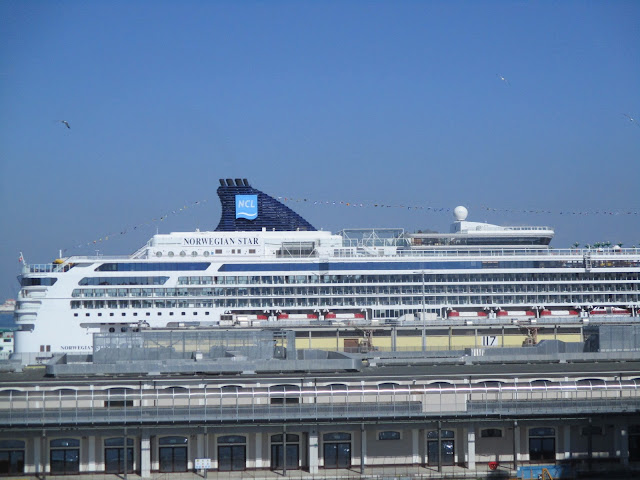 The cruise terminal was quite a distance from the city centre.  Rather than take the ship's excursion we took the "DIY" route - walked to the "People Mover" terminal which was rather packed and chaotic.  The People Mover is a little train which takes you to Piazzale Roma, and you can walk from there into the city centre, with its winding network of canals, bridges and photo opportunities at every turn. 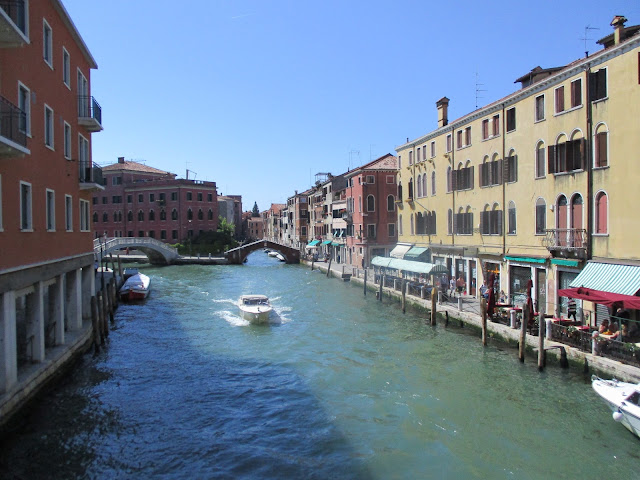 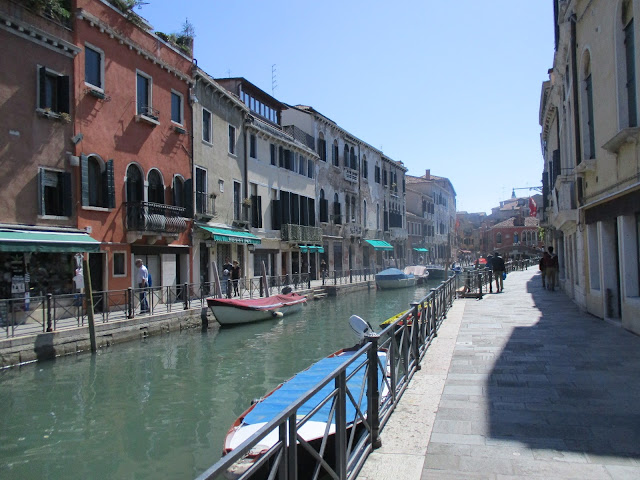 It was a very warm Sunday morning in Venice.  Needless to say we needed to do that most Italian  Italian thing and have cappuccino before noon. 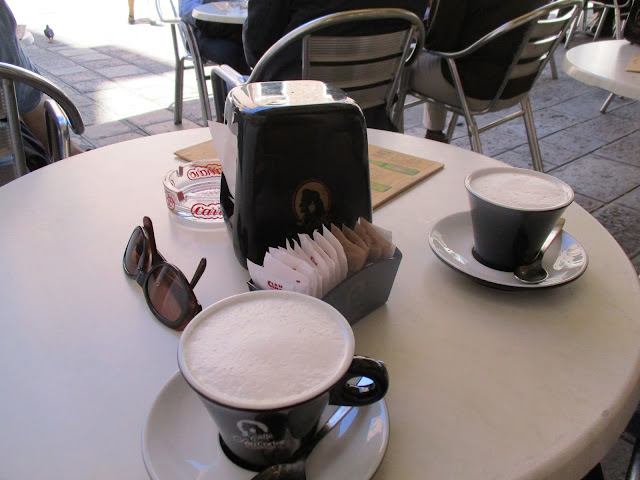 We were doing Venice without a map, which maybe in retrospect wasn't such a good idea, although we still managed to find our way to the Grand Canal and the Rialto Bridge. 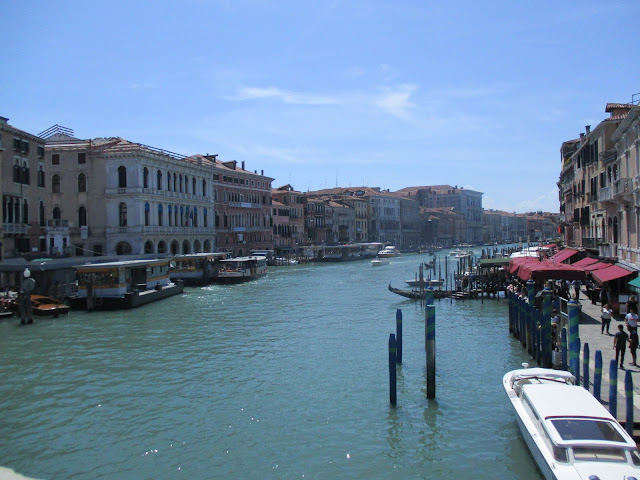 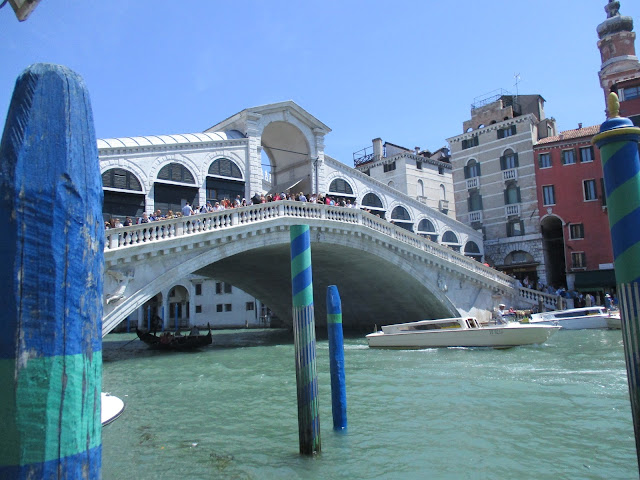 Yes I will let you into a big secret - the Rialto Bridge is actually propped up by those blue and green poles sticking out of the water :)

We had lunch alongside the Rialto Bridge, and despite being in an obviously touristy part of town, lunch turned out to be affordable.  But we didn't hang around too long as there was the small matter of trying to find St Mark's Square and the grandest part of the Grand Canal.

After winding our way for what felt like hours through the winding streets and canals, we reached St Mark's Square, with its famous and distinctive monuments. 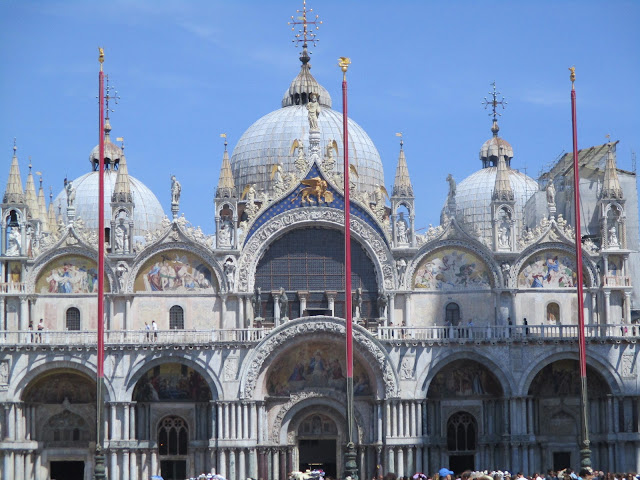 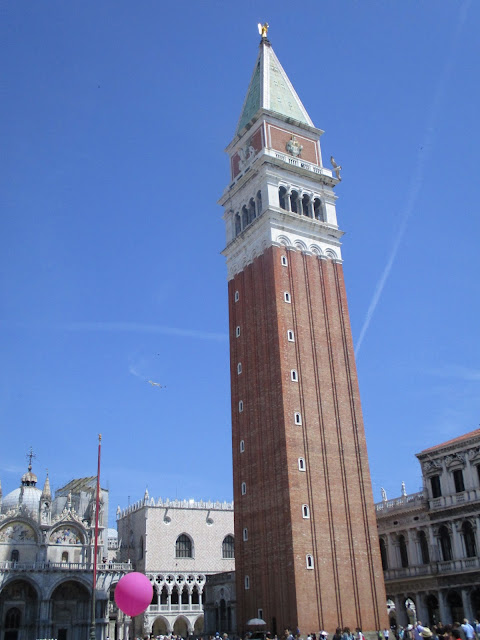 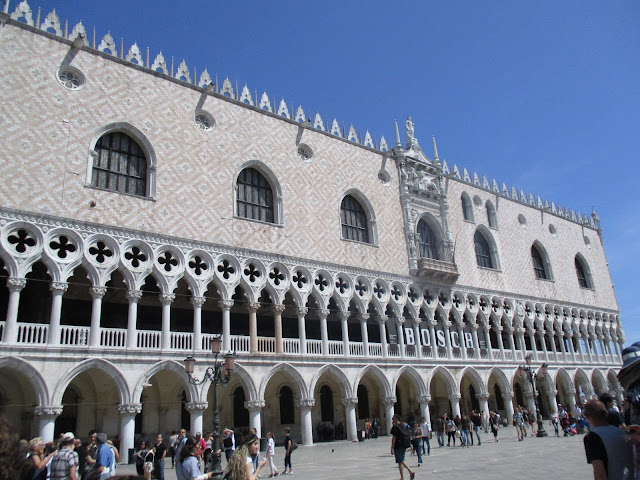 I particularly liked the architecture of the Doge's Palace (above). Spectacular views like this come with a spectacular price tag though - the cafes and restaurants dotted around the square were charging 11 euros (11 EUROS!!) for an espresso and 15 Euros (15 EUROS!!!!) for a cappuccino.  Anyone who eats and drinks in any of these cafes/restaurant is obviously earning too much money!

St Mark's Square is obviously the main tourist focal point of Venice, but it was also the busiest and brought on a little bit of a panic attack for us, thanks to all the crowds.  So we didn't hang out there for too long and found a bit more space down at the Grand Canal, which was also very very hot, exposed to the afternoon sunshine.  For us, the best parts of Venice were the shaded back streets, rather than the obvious overcrowded tourist favourites.  We definitely preferred the small shaded back streets.

Given that it had been a very long walk from Piazzale Roma to the main part of the Grand Canal, we decided to return to the ship by vaporetto.  Route maps checked out and vaporetto stops identified, it seemed like a foolproof plan.  Despite plenty of time built in, the water bus was to take a lot longer than expected, (scenic though the journey was) and disaster struck.  The vaporetto bus did not stop near the cruise terminal, which meant that we had to stay on to Piazzale Roma, then dash for the People Mover, back to the People Mover terminal and then run all the way back to the cruise terminal (in 28 degrees of heat - and my definition of "run" was more like a slow power-walk!).

We had visions of the ship pulling out of Venice, with us stranded on the quayside and contemplating alternative transport to Slovenia.....happily though, we embarked with minutes to spare and were able to enjoy the sail out of Venice. 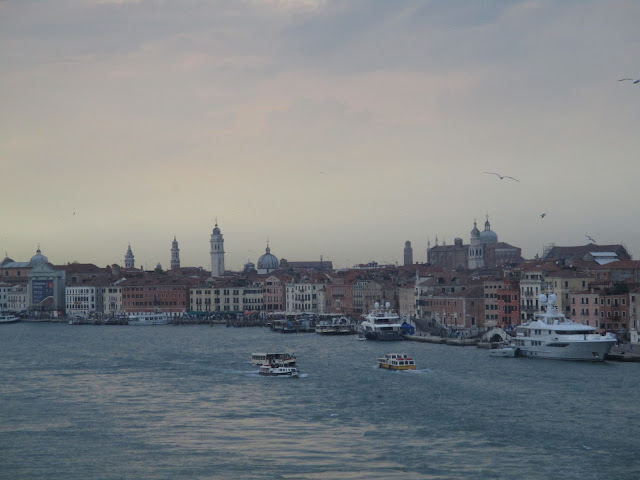 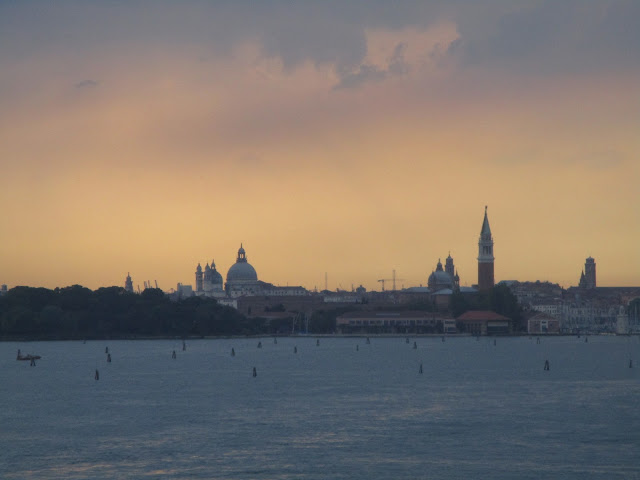 Over recent weeks there has been some high-profile news coverage of protests about the detrimental and environmentally damaging effect of cruise ships on the city of Venice.  It is certainly oversubscribed, no doubt about it, and maybe the cruise lines need to bear this in mind when planning their itineraries.  However, Venice is a hugely popular destination and as long as the powers-that-be continue to allow the volume of cruise ships and their thousands of passengers to dock in the city then this will continue to be a problem.